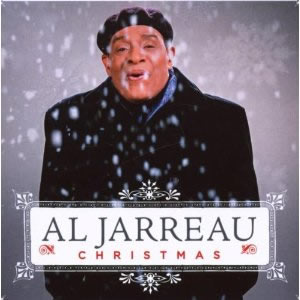 LOS ANGELES -Al Jarreau has ‘Christmas’ on his mind. This fall, the seven-time Grammy winning vocalist will release his first-ever Christmas album – his first album of newly recorded music since 2006’s sensational Givin’ It Up with George Benson. AL JARREAU CHRISTMAS includes the singer’s distinctive vocal spin on a dozen yuletide classics. This holiday collection is available from Rhino Records at all physical outlets for a suggested list price of $18.98. The digital release is available for $9.99. Al will also tour the U.S. in December in support of ‘Christmas.” The tour will begin in New Haven, CT on December 6.

AL JARREAU CHRISTMAS opens with “Winter Wonderland,” written by Felix Bernard and Richard B. Smith in 1934 for Guy Lombardo, who hit #2 with the song’s timeless melody. The album is packed with festive favorites including “The Christmas Song,” “Come All Ye Faithful,” and “White Christmas,” the ageless tune written by Irving Berlin and first sang by Bing Crosby in the 1942 musical, Holiday Inn. The album also features Jarreau’s versions of “Have Yourself A Merry Little Christmas,” “Carol Of The Bells,” “Hark The Herald Angels Sing,” “Some Children See Him” and “Gloria In Excelsis,” a sacred song used in the Roman Catholic Mass.

After singing with Reprise in 1975, Jarreau has become a master of both studio and stage.

The only artist to ever win Grammy awards in the 3 separate categories: Pop, Jazz and R&B, Jarreau is one of the most exciting and critically acclaimed performers of our time. During his career, Jarreau has earned scores of awards and accolades from around the world, including a platinum album, Breakin’ Away (1981), and four gold albums – This Time (1980), Jarreau (1983), High Crime (1984) and L Is For Lover (1986). In February 2008, Jarreau handpicked his favorite romantic tunes for LOVE SONGS. Spanning three decades, this 14-song compilation is available now from Rhino.

‹ The Very Best of Al Jarreau