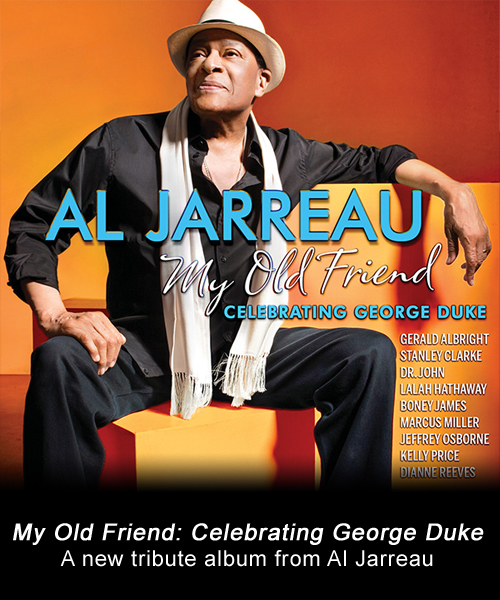 Al Jarreau and George Duke were friends long before they became household names. They began playing together in the mid-1960’s in San Francisco as Al Jarreau and the George Duke Trio. The successes of these performances are what helped to launch both their careers. George’s tragic passing in August, 2013, inspired Al to record this loving tribute to his longtime friend. With the exception of the fitting title track composed by Jarreau, all the tunes were written by George. Guest artists/collaborators include Gerald Albright, Stanley Clarke, Dr. John, Lalah Hathaway, Boney James, Marcus Miller, Jeffrey Osborne, Kelly Price, Dianne Reeves and Patrice Rushen. There’s even a song with George Duke playing on it!